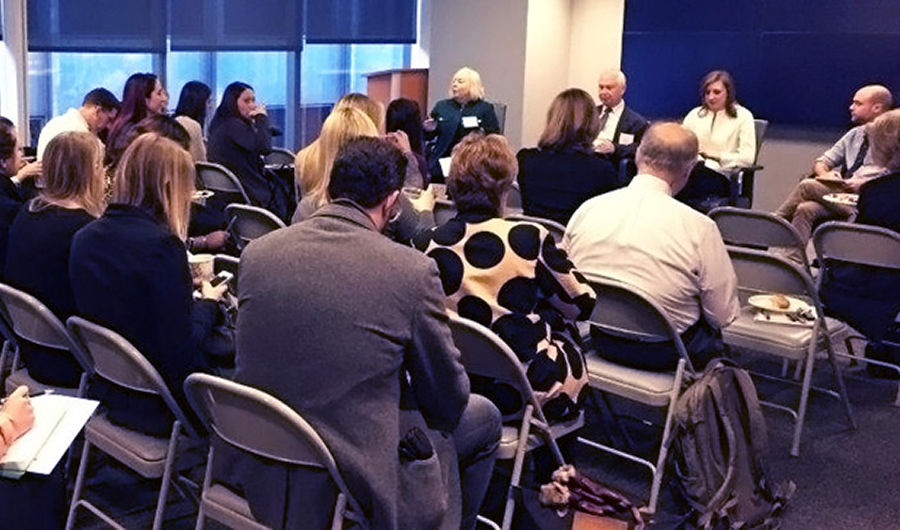 From moms of school-age children to food manufacturers to farmers to federal government officials, everyone has a voice when it comes to what we eat – and a social media megaphone to share their beliefs and concerns. With battles brewing over GMOs, added sugars and menu labeling, and the release of the highly anticipated Dietary Guidelines, our plates will be full of food policy issues in 2015.

In the current political environment, the panelists said it will be very difficult to pass standalone legislation such as the Child Nutrition Reauthorization Act, and projected the most interesting developments taking place in Appropriations. Meanwhile, they’re watching agencies such as the U.S. Food and Drug Administration (FDA) tackle food safety and food waste issues, among others.

The panelists also agreed the school lunch debate will continue with industry groups battling over market share. Meanwhile, many Americans feel strongly that the federal government should stay out of their kitchens and school cafeterias, and are wary of policies that purport to shape their family’s diet. Most likely, the panelists hypothesized, these fights will be waged at the hyper local level on a school-by-school basis.

Additionally, although the panelists noted an abundance of opinion in the food and nutrition dialogue, they lamented a dearth of solid reporting rooted in science and facts. This creates an even more urgent need for us to identify opportunities for credible experts – physicians, dietitians, researchers – to shape the dialogue and steer consumers clear of misleading “junk science.”